It is described in the first shloka of Rigveda that, when nature took its first breath in the Universe, a new creation evolved in the form of “Aum”. Subsequently, Lord Shiva displayed His powers in the form of Taandav to create the mankind in man and woman and derived the seed called Hreem. Later, creator Brahma ji full heartedly dreamt of a whole world full of love, comfort and beauty and made it a reality. The seed called “Shreem” evolved when the lunar rays touched the earth until the sunrise. At the same time, Lord Vishnu performed ‘Samudra Manthan” to fill the entire earth with “Shree” which is an unending collection of Godly powers, so that mankind is able to expand its horizons through the creations of Lord Brahma. 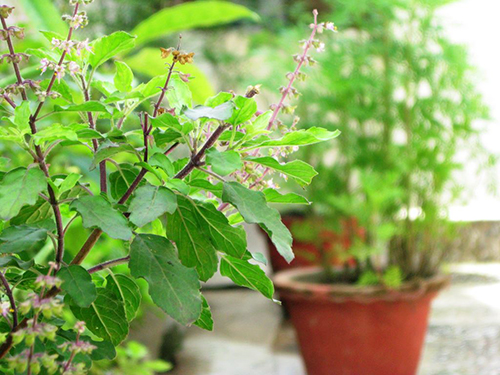 “SHREE”. Shree means prosperity and prosperity means whatever human mankind requires during its lifespan to perform its karm and cultural activities in the form of things is “Shree”. Even the human body is made up of the five tatvas namely – fire, water, air, earth & light i.e, the human body is a form of “Shree”.

The purity and fulfilment of body, mind, heart and soul requires connection with food, money, service providers, vehicles, love, comfort, popularity and grandeur and detachment from loan, diseases, poverty, fear, condolences and guilt. This is “Shreem”.

Examples: If a person has loads of money but is not able to use it due to ill health, he is without “shree”. Even if he has good health but his heart is full of sorrow and guilt or his life is full of defame, unpopularity and lack of peace, then also he is not able to live the “Shreem” in real terms.

India used to be called as a golden bird during the Vedic period, also termed as the golden period, until the attacks from foreign intruders.The Shastras state that a Shree Yantra is located at the garbh (base) of every old temple in India on which the statues (murti) of Gods and Goddesses were placed. There are many interesting instances related to this. It is a known fact that in the famous Somnath Temple in Saurashtra, a Shree Yantra was placed in the basement (Bhu-Garbh) of the golden rocks and it was secretly worshipped every day through Shree Vidya. This was the reason that huge wealth kept on pouring in this temple. Jewels worth millions were found embedded in the pillars of this temple. Fascinated by the prosperity and praise of this temple, Mehmood Gajnabi attacked this temple but failed in his attempt to rob the wealth of the temple. He attempted it sixteen times but failed miserably since the Shree Yantra placed in the basement of the temple was protecting the entire wealth of the temple. However, a saint who knew shree-vidya disclosed the fact to Mehmood Gajnabi that he will succeed only if he destroys the Shree Yantra and then he shall be able to conquer the whole wealth of India. It happened exactly this way and with the onslaught of foreign attacks, India kept on losing its “Shree”.

Now a few lines about “Shree Yagya”: In the Yajurveda we find the knowledge of yagyas. Modern science also confirms that matter can neither be created nor destroyed. Only its shape, state and ratio can be changed or modified. Another fact established by old sages is that word (Shabd) is the most powerful way of expression. Rather they had placed word even above the sky and considered it as Brahm. Even the scientific world today believes that whatever words we speak or hear wander about in the form of Ether Rays in the atmosphere and cannot be destroyed.

Human mankind tries three different ways to fulfil its wishes regarding body, mind and heart. He requires three kinds of help i.e, bodily (Dehic), physically (Bhautic) and adhyatmik . Dehic relates to attempts by human body, while Bhautic covers the comfort equipment. However, when both of these attempts fail, the human being tends to take the spiritual route, i.e, the person takes help of a saint who has supernatural powers to fulfil worldly wishes through spirituality. Yagya is that spiritual medium, through which a person fulfils his wishes by enchanting mantras in a musical pattern to establish these words (shabd) in the galaxy and by deriving the concentrated energy from it for which he had taken a resolution.